3 Weeks to Live: An ‘Adventure’ in Cancer 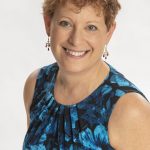 We had been living the American dream. I married my college sweetheart, Michael. We have an awesome son, Ethan. Michael and I run a successful business for more than 25 years.

I love being active and studied martial arts and in April 2015 was even accorded the honor of achieving a 3rd degree black belt in kenpo karate.

But, just one year later, in April 2016, our lives were forever changed when I was diagnosed with aggressive, Stage IV, Non-Hodgkin’s Lymphoma that had invaded my chest and spine.

I went from running the business with Michael and studying for my 4th degree black belt to a walker.

We did 5 ½ months of intense chemotherapy; and by intense, I mean every three weeks I received 96 continuous hours of chemo, as well as multiple injections to my ommaya, a permanent head port, to treat the spinal tumor.

After that, we did a high dose, high risk, in-patient chemo and then almost a month of proton radiation.
I was pronounced in remission. I AM HERE.

It wasn’t until about a year after I finished treatment, when I was complaining about what I perceived to be my slowness of recovery, when Dr. Shah, who I am quite certain I owe my life to, told me just how close we had come. That my file got dropped on his desk at 8:30 in the morning, by 8:45 the partners had met about me, by 9:00 they were on the phone to me with the words “be in the office in an hour, pack a bag you are not going home, we have begin chemo today, we have to try and save your spinal cord and your life.

By 10, I was in his office. By noon I was in the hospital. I was cycled through heart study, blood work, PICC line shoved in my arm and by late afternoon I was on chemo. Our heads were spinning

But the speed was crucial because the consensus was that I was 7-10 days from being completely paralyzed and 3 weeks from dying. That of his career, I was his full-blown emergency.

And even though I still continue physical therapy to this day, I’m here.

And in May, I was here to dance, truly dance with Ethan as he married his beautiful bride. What a gift.

And I am grateful beyond measure.

Coming out of treatment, I knew I wanted to do something to give, what we now call 'the Adventure,' meaning and purpose.

I could think of no better way to honor my tireless cheering squad of doctors, nurses, therapists, techs, family and friends, than by rasing my voice to make a difference for cancer patients and their families. 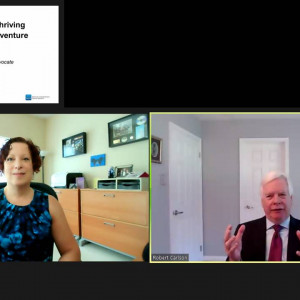 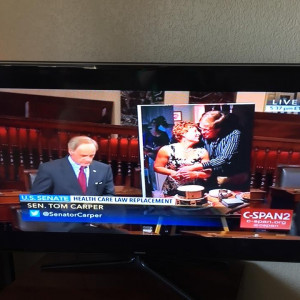 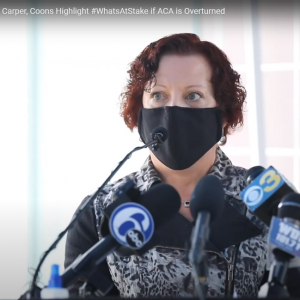 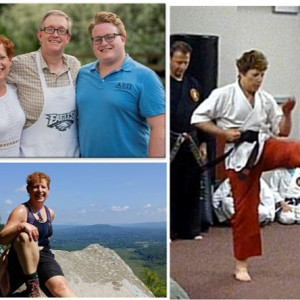