The argument for more research funding for migraine disease 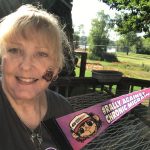 I’ve had migraine disease for 50 years. Half a century.

And if I could make people understand one thing, it’s this: Migraine is not just a headache.

Migraine is a neurological disease, and head pain is just one of the symptoms. Visual disturbances, vomiting, nausea are very common symptoms. Impaired cognitive function, short-term memory issues, photophobia, phonophobia, language processing problems, dizziness, mood changes, gastrointestinal problems, and nasal congestion are just some of the other symptoms experienced during a migraine attack.

My most troublesome issues, besides head pain, include mood changes, impaired cognitive functioning, memory problems, and language problems. Sometimes when I’m talking to people, I can’t understand what they’re saying, or my words come out all jumbled up, or I can’t get my brain to put any words together at all. This is especially awkward and embarrassing when I’m on a business call with someone who doesn’t know me, and I know I must sound so stupid. I just feel so very stupid. And I keep repeating, “I used to be smart. I swear. I used to be smart.” It’s true! Honors this, summa cum laude that. I used to be smart. Well, I still am I guess, but I don’t feel like it. More often than not “smarts” are locked up in my brain and being held hostage by migraine disease.

Because of the stigma of migraine, and the fact that it’s still thought to be “just a headache,” and because it’s an invisible disease, very little research is dedicated to migraine and other headache disorders. A few facts:

 Migraine is the 2nd leading cause of disability in the United States.
 Over 40 million Americans have migraine disease.
 Despite this, less than 1% of NIH grants for research have been for headache disorders.
 It would be 15 times that amount if grants were awarded based on the disease burden of headache disorders.

All this is further compounded by the fact that newly developed medications for migraine (only the first to come to market specifically for migraine since the early 1990’s) are prohibitively expensive for many of us. Migraine patients and their physicians must jump through hoops to get insurance companies to cover them. And Medicare is worse. Even with a supplemental drug plan, the newer medications are just too expensive.

… because of all this my daughters, my sister, my friends, and I will continue to suffer…

… and continue to advocate.

Migraine disease is genetic, and both my daughters have inherited it from me. I advocate for them. And as I became involved in the migraine community, I've become friends with so many people who also have migraine or cluster or other headache disorders. I advocate for them and their fearless approach to facing life despite this debilitating disease. 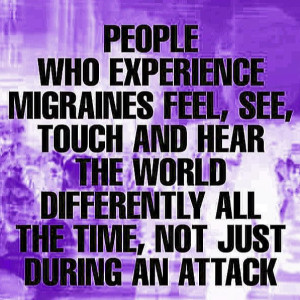 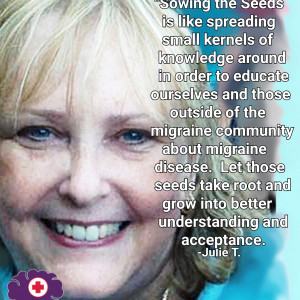 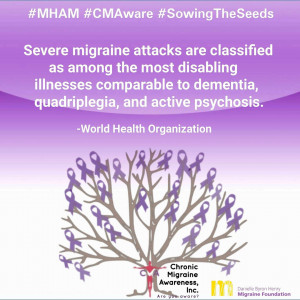