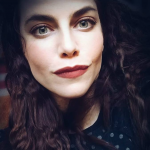 Based on close observation thus far, I’d say my level of fearfulness ran about average before 2017. I had more nightmares than most, due to an active imagination and I didn’t like to be in an empty house at night, because of all the TV shows and books where a woman is hunted and murdered. But I also did things others said they couldn’t and I was considered quite brave. Fear didn’t rule my life, it didn’t dictate it, and I was shyer than I was anxious. I could stand up for myself and others, I’d had fights in the school playground, I’d faced some unimaginable trauma and survived.

Who then would have expected a non-lethal illness to almost do me in? Yet that is exactly what nearly happened and the reason I’m writing about it over five years later is because at times it still almost possesses that power and I can’t work out why. Is this the PTSD I’d heard so much about but been mostly spared from? When trauma came knocking on my door, I felt I did the prerequisite things of therapy and moved on from it. I never had it hanging around. Regrets sure, but they’re not PTSD. Nothing kept tapping on my shoulder and feeling the same intensity of horror as it had. When bad things happened, they stayed in my rearview mirror. Until now.
In the abstract we hear PTSD bandied around a lot and we may not take it seriously because like anything that is discussed extensively, we can become insensitive to it. We may know people get raped but not pay it much mind in terms of how it would affect us because it’s a familiar abstraction, in TV and books all the time, to the extent we think we know it, but until it happens to us, we don’t. Same with PTSD, we think we know what it’s like until we experience it. And some types of PTSD are even longer lasting than the result (known as complex PTSD) where they can gain traction and strength even over the original trigger. What that means is; whatever the original event, C-PTSD (Chronic PTSD) can extend and worsen it by connecting to other things or growing beyond that one point. It can occur because of multiple traumas, or pre-existing anxiety or a combination of reasons that are complex and enduring. Logic alone doesn’t mean you can wrestle it to the ground.

I can tell you what started it for me. The suddenness of it. The unexpected intensity. I’d never experienced anything as life-altering in my life. Imagine if you will, you are living your life, trying to get by and suddenly you are felled quite literally over night by a mysterious illness nobody seems to know anything about. You go from one day to the next from being a functioning, stable person able to hold down a job and life like anyone else, to someone who cannot get out of bed, who cannot function, and cannot work. I always tell people; what if I’d had several children? What would they have done? Because it's one thing for me to become completely incapable, but what if I’d had children to care for? Who would have fed them? Clothed them? Taken care of them? I shudder to imagine.

As it was, I could have been on the streets if I had been living alone. Having never been dependent upon anyone since adulthood, it was a hard lesson to realize I was and that I couldn’t be relied upon to take care of myself anymore. I lost my independence and sense of safety overnight. I went from thinking I could do more or less anything, to feeling deeply vulnerable. We bandy around words like ‘independence’ and ‘vulnerability’ all the time without really stopping to think about what it means. For me, being independent meant feeling there were potential limitless possibilities. I could in theory move countries or jobs, without fear of that being a bad idea. I felt free and unincumbered by the noose of illness and vulnerability. All that changed when I woke up unable to function. Going from being a relatively young feeing/acting woman in her early 40’s to a retching, throwing-up 24/7 panicking, terrified woman.

I’d only been in the ER for myself, once previously. I barely remembered it. I wasn’t someone who spent time at doctors or hospitals. Suddenly I was there in the ER almost every weekend. I would beg anyone who would listen to “please take it away” and by ‘it’ I meant the crushing nausea that I felt 24/7. Until this I thought I knew nausea. I got car sick if I travelled in the back seat, I would throw up when I had flu sometimes or if I got food poisoning. In the past I threw up from drinking too much. I knew nausea. But I knew nothing. There is nausea, the kind you may have from morning sickness or a bad curry, and there is nausea, the kind that pulls you to your knees where you pray to a god you didn’t think you believed in, to end your life because you can’t take one more day of it. I called that nausea, super-nausea.

The doctors in the ER and the stomach specialists all agreed; super-nausea was worse than anything. In fact, one doctor said he’d rather have cancer. If you haven’t experienced it, then you won’t understand what we’re referring to. It’s a kind of gut-wrenching nausea that destroys you. You can’t eat. You can’t even think about eating. If someone said you would die unless you ate, you still couldn’t eat. Your stomach roils and you feel a shaky feeling internally you’ve never experienced before; it feels a little like hypothermia. You can’t stop shaking inside, like you are very tired and very sick and you can’t get ‘right’ and at the same time you are throwing up 24/7 with the kind of waves of nausea that could sink New York. You pray to die. After a while, death seems like the only way you are going to survive the feeing. Let it stop. Just let it stop.

Life grinds to a halt. When you’re throwing up 24/7 you can’t think. You can’t plan. You can’t live. You are a slave to your body’s reflexes. At first you tell yourself, it’s okay it’s going to pass, it has to pass. Days go by. Weeks. Months. You become weak. Disorientated. You despair. The doctors don’t know what is wrong. You try so many medications you make up for a life time of never having needed to take any. None work. Even the strong ones they give people with cancer who have nausea from chemotherapy, even they don’t work. Nothing works. People tell you to try ginger, peppermint, acupressure, cranial sacral massage, acupuncture, hypnosis. You try it all but nothing works. Nothing. Ever. Works. People begin to lose their patience, you have lost yours weeks ago. Doctors talk about it being psychological. You wonder. You really begin to wonder. Can you go mad just suddenly like that?
I had some pre-existing conditions but none of them were related. I had always manifested anxiety or distress in my stomach and would get a bit of a stomach ache when upset. I had some IBS like many women, which caused me to experience bloating and discomfort. But that was the extent of it. The rest was just life style. I’d already given up coffee because it gave me acidity. And alcohol for the same reason. I didn’t smoke. I sort-of exercised. I was a healthy weight and a life-long vegetarian. I didn’t have an eating disorder although when I was a teen, I thought I was fat like so many of my friends in dance class. I didn’t like my body but I wasn’t starving myself. Mostly I wore a pair of tight-fitting hose if I wanted a flat stomach and that was the extent of it. I had never been mad and I knew madness. I had seen it in my family of origin, I had seen it in my job as a psychotherapist. I knew madness. I wasn’t mad. I felt completely sane. I felt like I was losing my mind.

Finally, because hospitals are not easy places to get into unless you are dying, I told the ER doctors I wanted to die because of the nausea. I made it clear I was referring to the nausea causing a wish to die to end the suffering. They could see I was trying to just GET into hospital where I would have all the tests I needed to have to once and for all find out what was going on. By this time, I had seen 2 different specialists, considered the best in town. The first had put me on a 3-week prescription for antibiotics. When I asked why, he didn’t give a good reason, he felt it was ‘precautionary’ and when I told him I couldn’t take the antibiotics because I was throwing up all the time, he said he’d seen men with their stomachs blown apart take antibiotics in Vietnam. He did a colonoscopy and an endoscopy and pronounced me healthy. He asked whether I could have an eating disorder because I weighed 100 pounds. Only a few months previously I had weighed 120 pounds. I hadn’t even lost as much weight as I could have because I was drinking protein shakes as much as I could keep them down. In reality I should have been dead because I couldn’t easily eat at all. But knowing if I quit eating, I would die I choked it down, time and again, just to keep going and not be put on a feeding tube.

Predictably I couldn’t keep the antibiotics down. I never finished the course. I asked for an IV course but was denied by insurance. The second doctor was an eastern European female, she had a better bed side manner. She knew what was wrong. Gastroparesis. She described this mysterious disease that I had never heard of, as being ‘the cells of Cajal misfiring or damaged along with the Vagus nerve.’ I had to look all that up. Apparently, our stomachs are much like our brains, they produce most of our hormones and those chemicals implicated in our mental well-being such as serotonin and dopamine. They have receptors that read from the brain to the stomach and if they’re damaged or dysfunctional, the wiring gets crossed and everything goes to hell. It can cause you to throw up much like being in a ship in a stormy sea. If the Vagus Nerve doesn’t work then nothing works.

I began working for a publisher shortly after getting sick. I had previously worked in publishing. We published several anthologies on these subjects, as they had chronic illnesses also. Our best sellers were: But You Don’t Look Sick: The Real Life Adventures of Fibro Bitches, Lupus Warriors, and other Superheroes Battling Invisible Illness - about invisible chronic illnesses. When I read the submissions I was humbled. By how much others suffer and keep going. That is what motivates and inspires me. We also published Through The Looking Glass: Reflecting on Madness and Chaos Within, because mental health goes alongside physical health. We try through our publishing endeavors, to be the voice for the underrepresented. We have also published anthologies on #metoo and LGBTQ issues. It has become my passion to advocate for those who are erased or ignored by the mainstream. I have used my previous editing experience to help build a publisher with this in mind - to be the voice for those who are drowned out by the insistence sick people are weak people. They are not.
(https://www.amazon.com/But-You-Dont-Look-Sick-ebook/dp/B09L1LFG6S/ref=sr_1_1?crid=5F0KUXU6IIRH&keywords=but+you+don%27t+look+sick&qid=1666276532&qu=eyJxc2MiOiIxLjg5IiwicXNhIjoiMS4yNCIsInFzcCI6IjEuNDIifQ%3D%3D&sprefix=but+you+don%27t+look+sick+%2Caps%2C103&sr=8-1)
https://www.amazon.com/Through-Looking-Glass-Reflecting-Madness/dp/1951724089/ref=sr_1_1?crid=1G34QC90KA8P&keywords=through+the+looking+glass+daquin&qid=1666276600&qu=eyJxc2MiOiIxLjMyIiwicXNhIjoiMC4wMCIsInFzcCI6IjAuMDAifQ%3D%3D&sprefix=through+the+looking+glass+daquin%2Caps%2C109&sr=8-1 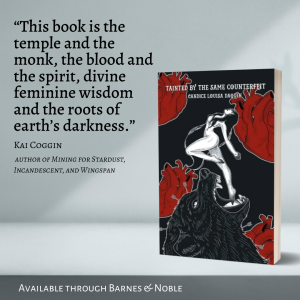 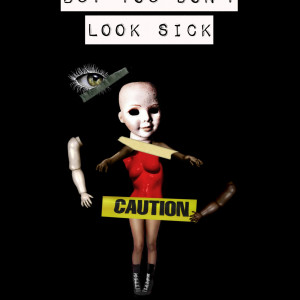