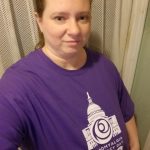 My name is Danielle Goodrich. I’m a Fibromyalgia and Chronic Fatigue Advocate living in Northern New York State. My health journey started when I was a teenager trying to juggle school, work, and other activities.

I didn’t know it then, but I had symptoms of Fibromyalgia including stomach pains, stuffy nose, dizzy spells, racing heart, skipping heart beats, various body pains, extreme anxiety and extreme fatigue. My mother took me to the pediatrician, but he said I was fine and sent us on our way. Nothing was done other than a physical exam. My symptoms were not severe enough to warrant any testing or bloodwork. As I was a dancer and skinny, he assumed that I wasn’t eating properly which was partially true. This was my first experience in not trusting myself enough to push for more testing. Of course, in the late 1990’s, Fibromyalgia was not as widely known as it is today, especially in the pediatric population.

Forward to my college years, I had more of the same symptoms. I was constantly catching colds or other viruses. Since I was focused on making it through college and getting a full time job, I pretty much ignored all of my symptoms and pushed through the best I could. By the time I was done with college and had my first full time job, I was sleeping almost every moment I wasn’t working. It was hard to keep friendships going so I lost touch with many people who were in my life. I wasn’t eating well because I didn’t have the energy to make real food. I was also incredibly anxious which frequently manifested as anger and depression.

I had many doctor appointments for various specialties once I had health insurance through my full time job including allergy and sleep specialists. My full time job is a Clinical Laboratory Scientist in a hospital setting where I am on my feet all day frantically trying to run blood tests as fast as possible for doctors who are trying to treat critical patients in the hospital. Little did I know that my choice of job would also impact my health in a big way. I was a dancer throughout high school and college. I was used to using and moving my body everyday, but once I started my full time job I was exercising less and beginning to be in more and more pain. All of my doctor appointments ended with we can’t find anything wrong with you. All of your tests and exams are fine. This only furthered my distrust of the medical system despite the fact that I was part of it now. Not to mention the further erosion of my trust in myself. All of these tests Can’t be wrong. The science says I’m fine, so I must be, right?

Throughout the years (I’m now in my 40s with 2 children) I continued to half heartedly see providers and specialists to try to find a cause for my continued symptoms. I still have all of these symptoms I started having as a teenager as well as tingling in my hands and feet. I have had 2 sleep studies, a nerve conduction study, an EKG, a colonoscopy, a HIDA scan for my gallbladder, more doctor visits than I can remember, and only 2 diagnoses. These are Generalized Anxiety and Fibromyalgia. I have declined surgery 3 times knowing that they would not fix my symptoms. I have seen a few mental health therapists over the years, but that didn’t help until I was put on medication. I was recently also diagnosed with Pre-Diabetes.

These days the only thing that works for me to reduce my symptoms is enforced and prioritized rest. I spend much of my non-work time sleeping, resting, and advocating for those with Fibromyalgia. This causes me to miss family functions, spending time with my children, and just generally missing out on the many things happening in my local community. Not to mention the joy of all of the physical things that I can no longer do for more than 10 minutes at a time such as hiking, dancing, and skating. My children are Cub Scouts. I would Love to be a den leader, but I wouldn’t be able to go on hikes or camp outs with them. I would Love to take dance classes again, but I would end up in bed for the entire following day and not be able to work or see my kids. I am one of the Millions Missing due to Fibromyalgia and Chronic Fatigue.

Funding for more Fibromyalgia research is necessary to prevent more people like me spending their lifetimes second guessing themselves and sleeping their lives away instead of enjoying time with friends and family. Health Insurance companies also need better regulations to help prevent non-medical switching of medications and the general influence of testing for these hard to diagnose conditions. Had I been diagnosed in my teens when I first started showing symptoms I would have been able to choose an appropriate career armed with better information. I would have been able to better regulate my energy and would not have spent years of my life in bed trying to recover from working. 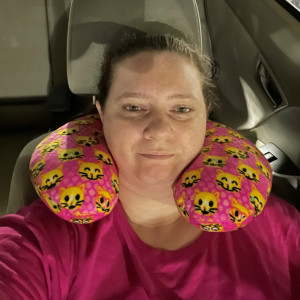 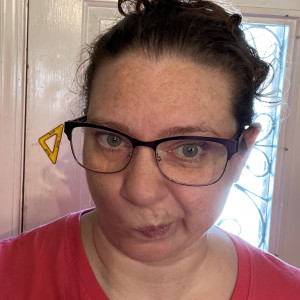