The Mistreatment of an Elderly Woman of Color 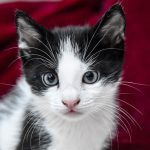 This is about my now deceased Mother, Buffy Red Feather Brown. I will begin at the end. I rushed down to the Visiting Nurse's Association where my Mother had been placed when I rec'd a call that she was "...still alive but not responding." Chestnut Hill Hospital's G.P. team had ordered my Mother to have 4 liters of oxygen (by this point in her illness.) She was still very aware and simply tired at this point. They projected at the hospital that she had "...under 6 months to live" due to her vascular, heart and lung conditions (primarily vascular.) So when 3 days after this "...under 6 mos" projection I was called by the VNA where she'd been admitted to, I rushed over to this nursing palliative and hospice place.

Upon entering the unbelievably pungent stench similar to vomit was overwhelming. I was told to go right into my Mom's room as if everything was fine. I walked in alone and found her DECEASED and apparently she had been awake when it happened. They had taken her oxygen off without anyone's consent the night before. The nurses there did not even know that my Mother had passed. I found her. There was no physician or coroner on the premises when I asked. The R.N. on duty "pronounced" my Mother deceased with simply and old fashioned stethoscope. I demanded to know why her oxygen had been removed and the R.N. said it had been taken off the night before because she and last night's nurse "...made an assessment that she was doing fine without it...plus it's so noisy [the oxygen machine] and sometimes patients can get over-oxygenated [didn't say that she was and what about trying a lower level first; she did not.] I freaked out; of course as there would be no good-bye; the little time that my Mother had left was robbed from her. I actually tried to re-hook my Mom to the oxygen. The nurse said that "...even if a person struggles to breathe, [then she made little gross sounds with her throat imitating someone struggling to breath as if she enjoyed it] we don't necessarily give them oxygen again. I had been assured by a representative from that place that Mom would be kept on oxygen.

Prior to this, my Mother had been through so many humiliations because of her age 93, and her sweet nature. She suffered flashbacks as if she had been tortured in a medical procedure that I was told "they could not actually do." She fractured her hip in skilled nursing and they said she was "fine" and sent her home unable to walk without telling us, and they had tried to force her to stand up and do physical therapy after her fracture. When she had walked into the hospital with little assistance and the sole problem being shortness of breath, mere weeks prior. Her medical insurance would drop her when they saw that she was "no cooperating" with "rehab therapy" which she could not do because of her fractured hip (from falling at skilled nursing) and also she had a vascular disease that the physicians would not even diagnose until it was severe. A doctor at Chestnut Hill Hospital in Philadelphia, where my Mother kept having to be readmitted because they would only treat her most acute condition and then send her to short-term nursing, refused to look at her inflamed legs and feet before discharging her. It wasn't until they presented a 911 emergency that she finally got her legs and feet looked at and was diagnosed with the vascular disease.

My Mother was on a turnstile in and out of this system. They would drop her as soon as her vital signs were stable and tell me, her daughter and my brother, that she was "doing good" when it was clear upon her arrival home that she was worse than before. Some staff - even a "Dr./Resident" even made fun of her name "Buffy" and asked if she were a "Vampire Slayer" and they put her race down without asking her as "African American and Caucasian." How does someone know that without asking? My Mother was American Indian and that is what she wanted on her records. Also, even the vascular surgeon was extremely disrespectful and said to me "As dimented as your Mother is" [She did not have medical dimentia] I can't tell her about her condition. I kept trying to explain to all of the doctors that my Mom was very nervous about her deteriorating condition and when she is nervous she wants something to bite or chew on and asks for pretzels or potato chips and they said she was just "crazy" for doing this. Drugs they put her on gave her confusion (as the insert on the pills when she came home actually say) and once she no longer knew which year it was (she knew before arriving at the hospital for the first time) they wanted to dismiss her as a mental case as well (she began to think it was 2015 in 2021.) She lost her ability to walk early on after a procedure to drain fluid from her lungs (which her heart was pumping in there) and the physician had said that she would go on a defibrillator that she could learn to use herself and that she would learn to walk on her own again at the skilled nursing rehab.

None of this happened, instead, she fell and got worse. "She was a good 92" her G.P. had said less than a year before all of this began, when my Mom as driving, shopping,doing her own banking, etc. Her deterioration took place beginning this past summer with a shortness of breath admission to Chestnut Hill Hospital. The doctors kept saying that she was "doing good" whenever her insurance would stop carrying her. She was not doing good but we did not understand this at first. Many members of the staff; mainly nurses, fell in love with Mom due to her humor and vivacious personality - nearly to the end.

Yet, some of the key people, like physicians/surgeons/residents were very disrespectful and unbelievably bold in the way they would talk to me as her daughter. The insurance companies, nursing homes, and yes, hospitals/medical training institutions need to teach medical students, healthcare trainees, etc. how to treat patients and their loved ones. I would wait all night for an update from a doctor and nobody would come down; they would stand me up.

I am a woman and of color and nobody gave a damn about what they were doing to me and especially my Mother. A couple of nurses actually looked perplexed early on when I told them to look at my Mother's discolored legs and feet (she was medium brown and her hands and feet were burnt-black as burnt toast and fat when she was 100 lbs at 4'11".) The nurses (both Caucasian) said, "Discolored? What do you mean?" Even a Black, female resident whom I repeated this story to got ticked off and in fact she was the first one to notify the vascular team that they needed to come check Mom - after her second visit when they finally saw to it.

My Mother's journey in the medical system was a nightmare - a series of them. Doctors, some nurses, nursing homes, insurance companies, everybody let her down. They would not even empty the over-flowing trash can in her hospital room and the ER even stayed filthy. They would just leave my Mother with her hair all over the place until I arrived to comb it for her. They let her go without eating for days, toward the end, and I only knew this because my brother went there and Mom's roommate who was a patient advocate told him. Suddenly, they started feeding her. By that time she needed help. Her deterioration happened in just a few months after entering this "system." I want to do whatever I can to help others as I am also trying to get justice for Mom.
Her bereaved daughter,
Theresa Brown, Philadelphia, PA

The love my Mother has always shown me and everyone else. She was so special and she was also my best friend. My heart is broken. 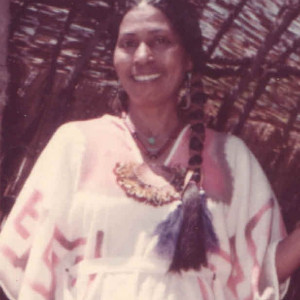