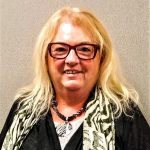 I was diagnosed with hearing loss at seven and fitted with my first hearing aids at 9 years old. I lived with several other medical issues for decades before finally a physician thought to put them all together and considered that they may be related to one disease.

My insurance companies denied help with the cost of genetic testing, so instead I suffered through numerous invasive tests over several years to finally be diagnosed with Mitochondrial Disease. Mitochondrial disease is incurable and progressive. The only recourse is to treat symptoms and take a group of “vitamins” to help support mitochondrial function.

I learned coping mechanisms in my youth, went on to become a registered nurse now working in a busy community hospital, I got married and raised 4 lovely, energetic children. Eleven years ago, as my last child was in college, I started losing some eyesight (optic neuropathy; a part of mitochondrial disease). It too has progressed and now prevents me from driving in the dark and seeing details clearly. I had to leave the career I loved and was placed on disability. I then became very ill and even lost function of both legs ending up in a wheelchair for a time in my medical odyssey. Some days just surviving is like a fulltime job, and there are days that I simply cannot keep up.

During the pandemic, my insurance company decided they no longer would pay for one of the mitochondrial medications. I spent three months and hours at a time on hold and talking to physician’s offices, insurance companies and pharmacies to try to figure this out. We (my doctor’s office and I) appealed the insurance company but still was denied. I had even sent them literature about my diagnosed disease showing them that this med was a part of the treatment protocol but apparently no one listened. Finally, I had an idea (my doctor’s office had long given up due to the time commitment) and I asked my physician to send the prescription to a different pharmacy and it went through without a blip. I got it back just like that, but it was quite a fight and had taken a lot of manpower and had caused a lot of frustration and anxiety to make it happen.

I am an RN and the Founder and President of a rare disease nonprofit called Rare New England that provides education and information about rare diseases. I’ve talked to and assisted many patients and caregivers who come with many stories such as mine and some with truly heartbreaking ones. I have spoken with a mother of two children diagnosed with the same disease and on the same meds, but she didn’t have enough money to purchase both of their meds that month; she called us to ask us to help her decide which child should get the medications. I’ve spoken with a dad who was quoted $85,000 for needed treatment for his son of which the insurance company would pay only a minimal amount and it would be impossible for him to cover that cost.

Rare diseases may be considered as not many but, there are 30 million people diagnosed with rare diseases in the U.S. and each one of them comes with his/her own story. These patients and their families face challenges every day and they need help from the general community and especially legislators to hear their voices and make changes that will impact their quality of life quality.

My motivation seems to be deep-rooted within me. I've found that I can make differences through my efforts that can help people receive better life quality, despite my own health issues and disabilities.

When I had to stop my work at a local hospital as an RN working a busy acute care floor, I thought my purpose was behind me but taking my experiences into advocacy has helped give me a new purpose and a very rewarding feeling.. 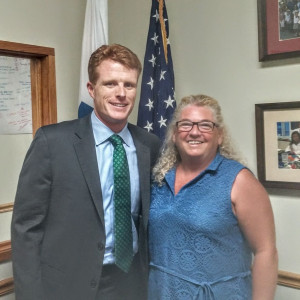 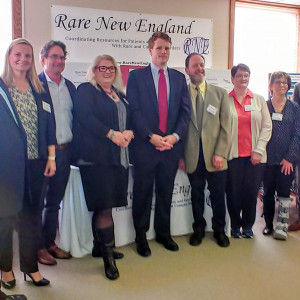