Racial discrimination in my migraine care 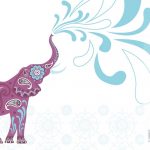 My migraine journey began when I was in high school. I would get occasional headaches. Nothing that I couldn't handle without medication. Once high school ended I went on to college. I had a few more headaches; nothing major. I was able to work and attend classes regularly. Once I became pregnant in 1996 with my daughter and the headaches stopped. I felt like myself again. I was laughing, joking, smiling.

In 2002 I saw a neurologist and was started on headache preventative therapy. In 2004 I became pregnant with my son and stopped all medications. Around 2005 they started again but more aggressive and intense. I was referred to a neurologist. The pain was 3-4 times a week. Location always varied. Sometimes in the frontal head, others occipital, or bitemporal. They were sharp, throbbing, achiness with maximum intensity. Accompanied with them would be nausea, dizziness, and sensitivity to light. The doctors felt a lot contributed to a stressful job, moving into a new house, and returning to school. I was referred to another doctor who tried Botox; twice with no change. I was placed on another preventative and abortive plan. As the years went on the pain persisted. There were times I would just go to my room and lay down. I had to miss family events, birthdays, and work. This was no way to live my life or any life.

I was on any-and-every tricyclic and antidepressant medication used for migraines with no relief. I learned to deal with it. I was getting good at pretending I was ok so I didn’t have to hear "oh you have a headache again?" Or get a look like 'here we go again, she doesn't feel good'. I pushed through workdays and would come home and crash. I was doing this for years to no avail. Migraines had taken over my brain but I was still pushing forward to be a mom, wife, student, and coworker the best I could.

Healthcare has not changed that much over the years. Minorities do not get the same treatment as their counterparts. Minority pain is not valued nor respected. Minorities account for an increase in hypertension, diabetes, and adding migraines to the never-ending list. Health disparities are a real sadness we are still faced with in 2021. It’s the fact that minorities have been taught nobody will believe your pain. Tough it out, and you will be ok, or stop being lazy. This stigma plays out on a day-to-day basis as difficulties at work and home. If we say we are not feeling well or cannot complete a task we are looked at with a side glance or whispers from coworkers. Family may think we are trying to get out of things.

I went to this headache center because the reputation was well known. Upon entering the office, the lights were very bright, music blasting, and the smell of perfume was unbearable. I waited at the counter to be checked in while the receptionist was having a conversation. I continued to wait. Finally, she acknowledged me and took my information. I sat back down and waited to be called to the back. I met the doctor who went over my history and stated she will do Botox as I have not tried it yet. I asked for more information before trying this. She stated that she has done it several times with much success, Again I stated I need to review the information before deciding. I felt as if she was not listening and rushing my time. I had many questions to ask but at that time I did not know how to advocate for myself. I left the office feeling defeated and upset.

I once had to go to the ER and the physician-on-call told me I was just having a headache and dismissed everything I was saying. I verbalized he could contact my headache specialist who sent me there. Along with my records being faxed before my arrival. The physician was looking at me as if I was only there seeking medication. Once I was discharged I immediately wrote a letter to the hospital explaining how I was treated. The next day I received a phone call from the medical director asking to meet with me.

I've had many appointments with my headache specialist only to find out later that she is not in my network. My copays are $65.00. I was shocked. I have decided to stay with her as I do not want to start all over. My prescription varies and payment for them can be pricey. I have used discount coupons to get my medication. Now that I use my employer insurance I am fortunate to not have to pay for my medication. They are included in my healthcare plan.

My family motivates me. I have a huge support system not just my immediate family but also relatives in other states. I have friends who support and understand what I am going through. Then luckily I found support groups on social media. The openness and welcoming vibes made it feel like another home. A support group is a non-judgmental group. Anything can be shared and does not go outside the group. Whether you are in pain or experiencing a loss, or just need to vent and do not want to share on a public page; you can in these groups. The groups provide awareness, knowledge, and strength. They inspire me to become a better advocate not only for myself but my daughter; for everyone.