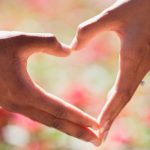 My son was diagnosed with Spinal Muscular Atrophy (SMA) at about two months of age. He wasn't hitting milestones and when I mentioned it at this one month check up, his pediatrician pushed it off as he was a lazy baby. I thought his issues may have been related to complications during birth. I was a high risk pregnancy and his delivery was troubling, forceps had to be used. Looking back I know that was due to his muscle weakness. This is my second child and he completed our family.

We had spent some time at about 6 weeks old in the hospital, this is where someone finally listened to me and noticed something wasn't right with him. The doctors noticed his floppiness and bell shaped chest right away. The neurologist thought he had contracted  botulism poisoning from eating honey before the age of one. Once I assured her that was not the case she came back asking about SMA. Something I'd never heard of before, the blood test was done and we were released to go home. With a follow up appointment in two weeks. The office called us a week later and had the results, in the time between the hospital stay and the follow up, I googled SMA and at the time it was not good. The children did not live long and most did not see their second birthday.

We arrived at that appointment, shortly to be deviated.  The doctor handed us a booklet, " your son has SMA type one, go home and love him; he won't see his first birthday and there's a chance he won't make it thru the winter."

I was crushed! How could someone be so heartless about this surely there was something that could be done. He's an infant, and you just labeled him to die! I cried for a week following up with his peds doctor and that's where things started to look up. He recommended we get a second opinion.

The new neurologist at another local hospital confirmed the diagnosis, but gave us more hope! There were things that could be done. By the fourth of July we had equipment and supplies! We learned how to work the gear for our son and everything was looking great! The middle of August, I started to notice his latch was weak and he was not eating enough. A swallow study was done and another smack in our faces came. He had lost his swallow and would need a g-tube. My child had his first surgery before he was 6 months old.

We were doing great again, smooth sailing... Winter hit. By that time I had connected with other SMA moms and just like the doctor told me, kids started to pass. In 2013 I believe 100 SMA children lost their lives. The first of December my son coded at home, I got him back and a relative called 911. RVS was the couplet this time... He was intubated in the hospital for 6 weeks. Once again another slap in the face, the doctors came in one morning after several failed extubations. He said " you have two options now, we can take him off the vent and you take him home with morphine, he will pass soundly. Or we can place a tracheostomy and he will remain on the vent."  We chose to place the trach which kept us in the hospital for three more months.

Learning how to care for him and keep him safe, he came home just in time for his first birthday! A milestone we were originally told we would not get to see.

The years have flown by since that eventful time, we have had heartbreak and injury more than I wish to see. I am a young mother, but everything we have faced we have dealt with head on.

June 2015 I received a call no one should have to. My children were fine, home safe with me. My husband on the other hand was not. There had been an accident at work that should have taken his life. Somehow he lived, several surgeries, weeks in the hospital and months of rehab. He came home in a wheelchair, there I was taking care of my three boys. Two of which were now wheelchair dependent. That summer came and went, my husband regained his strength and ability to walk. He left the job that almost took his life and things got back to our normal.

I look back now and my mental health during that three year space was horrid. By the time I was able to grieve my son's disability,  my family was in pain again.

December of 2016 the first FDA approved treatment for SMA was released, which was another fight and struggle. We were on the local news multiple times, state newspapers and the works! I would not stop until my child was able to get this medication. Finally August of 2017 he got his first dose and remained on treatment until June of 2020. In that time period two more treatments got approved and we made the choice last year to switch. By that time I'd been deemed a "veteran mom or OG mom". I knew how things worked and how to stand up for him and myself!

The last eight years have been a whirlwind to say the least. I have learned so much and lost so much as well. My son is doing incredible for his age and where we came from, he's lost most function but goodness that boy sure has his ways of letting you know what he needs and when he's not happy.

SMA has robbed us of so much as a family, we have lost friends, family and loved ones along the way. Not due to death, but the fact they do not wanna see my child. He remains on the vent full time and is bed bound and g-tube dependent. But that hasn't stopped us in giving him his best life!

We love to travel as a family and have been all over the southern states with him including the grand canyon and Vegas, things most adults have not done. But my boys can say at age 11 and 8 that they have, oh the stories they will tell you are remarkable!

My motivation has always been my children, in the beginning when doctors were telling me this is too hard, you won't be able to do it. I replied, then i'll learn! This is my child and his well being! As long as he's happy we will continue to fight SMA! The last two years I have become more active in the SMA community, working with my state government and legislation to pass newborn screening for SMA. Which I can proudly say as of March 2021 every baby born in Oklahoma is being screened. My goal is to continue my awareness for SMA in hopes no parent has to go through what we did in the beginning. 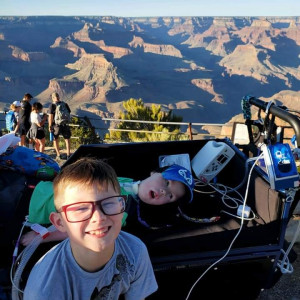 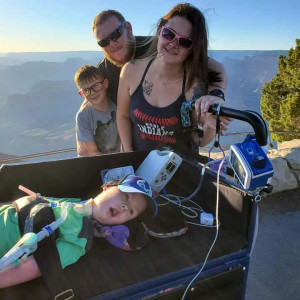 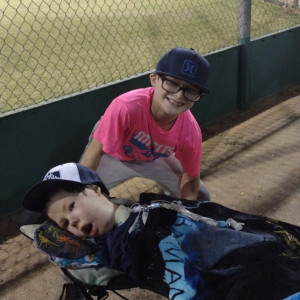